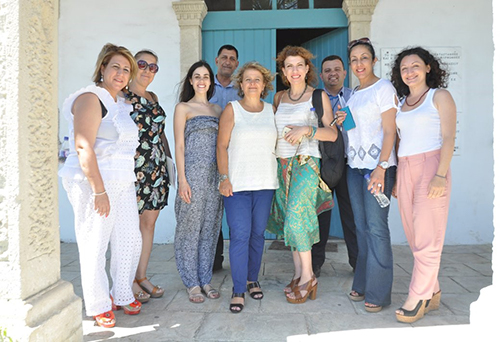 The objectives of the two workshops were to capture the concept of “migrants” in Cyprus (participants’ perception), to document the interventions that are taking place within the local communities as well as to promote empathic practices in communicating problem solving and barriers between stakeholders and migrants.
The presenter of the workshops was Dr. Maria Prodromou. Through the workshops, Dr. Prodromou, defined the context of migrants in Cyprus as well as set several rhetorical questions on the way stakeholders can develop and implement actions. Finally, she provided illustrative examples on the way communities can contribute to the integration of these people.

Participants, who were representatives from public and private bodies as well as local authorities, NGOs and educators, developed their skills and broaden their knowledge in becoming active listeners and careful moderators. By the end of the workshops participants were given different perspectives on their daily communication with migrants and developed their skills on the way they approach sensitive cases with migrants.

Both of the two workshops were carried out in Greek.

You can access all the relevant material provided during the workshops through the MMN E-library here. If you wish to become members of the Mediterranean Migration Network you can join us here.