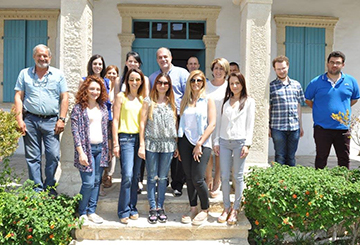 The Mediterranean Migration Network (MMN) organized four workshops on “Migration flows and integration management” on the 15th, 16th, 26th of May and 16th of June at the Municipality of Agios Athanasios Limassol, Municipality of Engomi, Municipality of Deryneia and the Municipality of Paphos respectively. The workshops carried out focused on informing stakeholders about the operations of the Mediterranean Migration Network as well as on training them on issues relevant to the diversity and management at social level. In addition, during the workshops participants were presented the legal framework governing migrants in Cyprus along with building a successful action plan suitable for the actions and activities of their own working environment.

The workshops were attended by representatives of public and private bodies as well as local authorities and NGOs working closely with migration and integrations issues.

Dr. Stefanos Spaneas led the workshops that were split in two main sections. During the first part of the workshops, participants had the opportunity to get an insight of the design process and the development of community programs based on a system of values, techniques and skills that contributed towards improving the quality of life of communities through strategic planning and action plan.

The second part of the workshops focused on an indicative example of a community action plan for migrants and socially excluded / vulnerable groups. 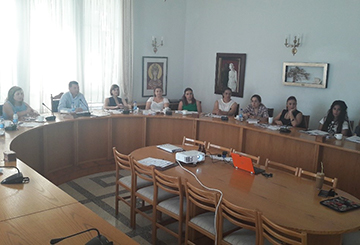 Throughout the workshops, good practices were presented as guides for future implementation in the Cypriot context. Since the scope of the workshops designed was to be interactive and to allow the exchange of information based on attendees’ previous experiences, participants had an active role during the workshops in terms of identifying the main challenges of migration today and by addressing examples from their own working environment.

Interesting ideas were presented focusing on vulnerable migrant groups that need financial and social assistance. What is more, participants raised their concerns is relation to the needs that communities have for change and the adaptation to new ideals for mixed societies without most of the times the relevant interest from the responsible authorities or people in key positions. Nevertheless, participants noted that the workshops were ideal for them since they were given examples and guidelines for handling and monitoring issues relevant to migration and integration in their professional environment autonomously.

All four workshops were carried out in Greek.